A Brief History of the Christian Restoration Association

To understand fully the Christian churches/churches of Christ in the twenty-first century, one needs to know about the Christian Restoration Association. Although the CRA is mentioned in book three of this **trilogy, more information is needed and hereby given.

To begin the story of the CRA we begin with the estate of one Sidney S. Clarke. Sidney S. Clarke was a Christian gentleman who left part of his estate to the keeping of the Richmond Street Christian Church, Cincinnati, Ohio, for the purpose of helping to establish new churches in "destitute places," meaning "communities where there is no church of Christ." The elders of the Richmond Street church immediately put the money to good use and within a two-year period the estate helped establish thirty congregations in Ohio, Oklahoma, Illinois, Arkansas, Virginia, Michigan, and Iowa. Two hundred weak congregations in seven states received assistance, with over six thousand people baptized into Christ.

News of this plan spread through the brotherhood and people thought that more work could be done if the estate had more money. Money began to flow to the Richmond Street church to add to the estate, only to find that the court would not allow money to be added to the estate. The problem was not insurmountable as the elders of the church simply started the Clarke Fund to act independently of the Clarke Estate. The Clarke Fund came into existence officially on November 1, 1922, with the following men serving as a Board of Trustees: James DeForest Murch, C.D. Saunders, Horace W. Vaile, John O. Chappell, and Edwin R. Errett. These men then chose an Advisory Board to help them administrate the Fund; P.H. Welshimer, Mark Collis, C.J. Sharp, Byron Cassell, and J.E. Davis.

At this point, the trustees decided that a publication was needed to tell of the on-going work of the fund. Volume I, Number 1, of The Facts was published in December 1922. Later this publication changed its name to The Restoration Herald.

The work grew until it became obvious that it was too large for a local congregation to administer. It was proposed and accepted that the Clarke Fund become a separate institution from the local congregation with a self-perpetuating board of trustees, support of which would be dependent upon the contributions of Christian people. Such support would depend upon the merit of the program, fidelity to the purpose that brought it into existence, and steadfastness in the faith. This also brought a change in name from the Clarke Fund to the Christian Restoration Association and from The Facts to The Restoration Herald. This separation was effected in October 1925. James DeForest Murch was named president, and continued as editor of The Restoration Herald.

The Clarke Fund was established with its objective carefully written in its constitution: "To receive and distribute monies for the preaching of the gospel of Jesus Christ and the organization of Churches of Christ according to the New Testament pattern, and other church, educational, missionary and benevolent enterprises." This was continued by the CRA.

The original intent of both the Clarke Estate and the Clarke Fund was to help establish congregations set after the New Testament pattern. The Christian Restoration Association sent evangelists out from coast to coast. Some of the first CRA evangelists were C.C. Root who went to California and helped establish over thirty-five congregations and the Southern California Evangelistic Association; Thomas Adams to Arizona; Edward Clutter to Colorado; J.S. Raum who seemed to work all over the country including Georgia, Illinois, Missouri, Michigan, North Carolina, and Pennsylvania; J.B. Pickel who went to Iowa; and L.G. Tomlinson going to Ohio. Often the plan used was to enter a community and have a protracted meeting (what we often call revival). Before the evangelist would leave, he would have started a new church.

For the next decade, literally, scores of churches were established and reopened in one-half to two-thirds of the United States of America.

Because of the infidelity being espoused in the preacher training schools, the trustees of the CRA realized that a school was needed that would produce Bible-believing preachers who would stand for the faith once delivered to the saints. In 1923, two schools had begun, one in Cincinnati and one in Louisville. It was felt that better stewardship would be shown if these two schools could merge. In 1924, the schools merged and formed The Cincinnati Bible Seminary. The trustees of the Clarke Fund were the trustees of the new school. H.F. Lutz was considered the first president of the new school, although on an interim basis. He died that first year and James DeForest Murch became interim president because of his position as President of the Clarke Fund.

In 1928, the CRA trustees helped set up another board of trustees for the Bible college and helped established it as a separate institution from the CRA. The first official president was Ralph Records.

The time in which all of this was taking place was a time of great change among the Christian churches/churches of Christ. Liberals had taken over some of our great institutions. Colleges no longer taught the inerrant Word of God. The United Christian Missionary Society of the Disciples of Christ had embraced open-membership and comity agreements as acceptable practices.

People loyal to Christ no longer trusted the UCMS and sent money to the CRA. At this same time, missionaries working under the banner of the UCMS found that they could no longer work with those who nullified the Great Commission. Many missionaries worked without support when cut-off from the UCMS. In 1926, Leslie Wolfe wrote the CRA stating his dilemma and need. The CRA immediately underwrote his salary. Then petitions came from C.B. Titus in the Union of South Africa; the Cunninghams from Tokyo, Japan; Russell Morse from Western China; and others. These were aided, but it did not take long to realize what a great financial task this was.

The trustees of the CRA wrote to nine of our larger congregations in America with the idea that they would assume the living-link support for these missionaries. The Indianola Church of Christ, Columbus, Ohio responded, as did the First Christian Church of Canton, Ohio; the West Side Christian Church, Springfield, Illinois; and the Dodge City, Kansas congregation. This began the movement of the "direct support" way of financing missions. From now on each individual congregation was able to take charge of the stewardship entrusted them and wholesome relationships developed between missionary and congregation.

In 1926, it was decided that there needed to be some way to influence more young men into the full-time vocational Christian ministry. At that time we had just a few Christian services camps and some of them were run by single congregations. The trustees began an effort to have a series of Christian Youth Conferences around the country. That first year there were twelve camps in twelve states, and the next year fourteen camps in fourteen states. These were not the first camps, but by this means a nationwide impetus was given to the Christian camping movement of today. It is unfortunate that many of those leading camps today have gotten far afield from the original intent. To compare the curriculum of those early camps with the curriculum in many camps of today is to compare a steak dinner to a picture of a steak dinner. They may look the same, but there is no real comparison and the latter is void of nourishment.

The CRA continues to be a "Helping Hand to the Churches." Today it has money that has been left in its keeping to administer in agreement with the terms of those who have left the funds. Some money is available for small loans to help young and struggling congregations get established and perhaps enter a building program. The Recycled Riches program is another lending fund that uses missions money to help congregations. A cotton baron in Texas named A.D. Milroy left funds to be used for evangelism. This fund is used to help support preachers in newer congregations.

In the 1960's, Pearl Willis covered the country training elders and deacons with his Elders and Deacons Clinic, and helping preachers through the Advanced Ministers Seminars. Complete figures were not kept, but over 6,000 men were trained the first year of these clinics.

Leadership training has continued through the terms of all of the directors of the CRA and is still a part of the present program. See Bible Conferences & Seminars.

Another part of leadership training has been through the Christian Bible Institute of the CRA. In 1966, the CRA assumed the oversight of the CBI, which was a correspondence school for men and women desiring to further their training in Christian work, but unable to attend a Bible college full-time. Trustee Milton Dills directed the program until 1978. Norval Campbell was in charge of the CBI from 1979 to 1996. Paul Pratt served with CBI from 1996 to 2002. Ron Henderson served from 2002 to 2012 followed by Jim Nichols from 2012 to 2016.  In 2016, Harold Orndorff joined the staff of the CRA and now serves as the current CBI Director.

In the 1960's, under the capable leadership of director Harvey C. Bream, Jr., the CRA provided expert counsel to hundreds of congregations who sought to maintain their local autonomy as the Disciples sought to establish themselves as a bonafide denomination through their infamous "Restructure" action taken by that body.

For two decades, through the legal expertise of attorney Luther D. Burrus, of Louisville, Kentucky who was a CRA trustee; the expert testimony of the scholarly Dr. Lewis A. Foster of the Cincinnati Bible Seminary, also a CRA trustee; and Harvey C. Bream Jr., trustee and Director of the CRA, and editor of the Restoration Herald, independent congregations won a rash of legal battles in which these congregations were the defendants.

The CRA has published the Restoration Herald for over ninety years. This monthly periodical has proven to be a valuable asset to the people of the Restoration Movement congregations. It has chosen by design to publish the whole counsel of God without compromise. Over the years it has taken stands that have not always been popular but have been true to the Word. It has often spoken where no other publication would speak. This publication reaches around the world and is currently being sent to forty-four foreign countries.

The CRA has also published soul-winning tracts, doctrinal booklets, and a variety of educational books and other materials, including books such as the one you are currently reading.**

A HELPING  HAND TO THE CHURCHES 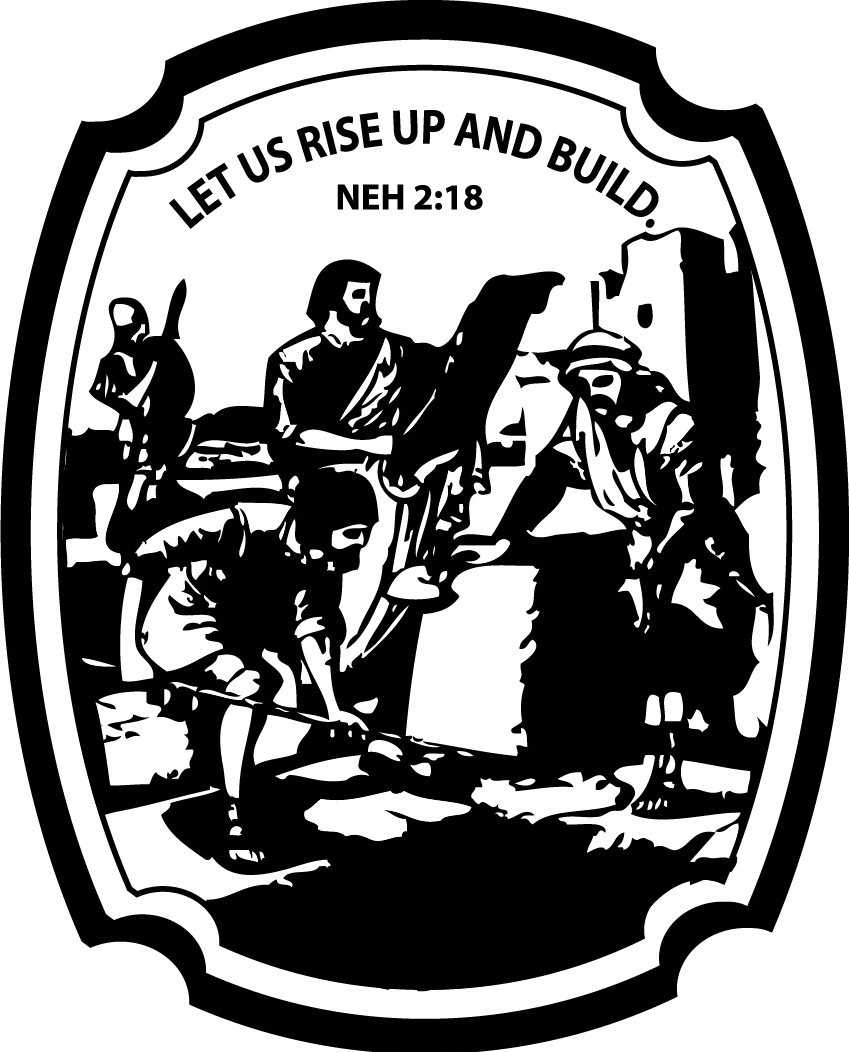 The history of the CRA is one of helping the churches. When there was a need, the CRA tried to meet that need. It has never sought to be a controlling body, but a serving body. The only authority it has is speaking where the Bible speaks. The CRA depends upon the faithful support of the brethren in the churches. It realizes that its support is contingent upon its faithfulness to the purpose of its organization, the merit of the program, and its steadfastness in the faith.

Today the CRA still follows the original purpose of those who brought her into existence. That purpose is expressed in the pages of the Restoration Herald each month on its masthead where the words of Nehemiah 2:18 are printed: "Let us rise up and build."

May that continue to be our motto until Jesus returns. "Amen. Come, Lord Jesus."

** This material has been adapted from the CRA book, The Church - A Trilogy.