Support the Brotherhood's Missions and Beliefs

What's wrong with this scenario? "The local Christian church's high school youth group has just raised $600 for World Vision."  This group probably worked hard, learned about how it feels to be hungry for a short period of time, helped make others aware of the needs of the hungry and maybe learned a few other things. But if we want our young people living and supporting Christianity according to the Restoration Movement principles then why are we exposing them to and supporting groups outside the Churches of Christ, Christian Churches, like World Vision? International Disaster Emergency Services Manna Project or one of the other Christian church missions that deal with hunger can accomplish the same goals. Let's support the brotherhood!

Frustration sets in when I see Christian church bulletin boards, read Christian church newsletters and hear members of Christian churches talking about supporting organizations (not always religious) and/or missions that DO NOT hold to the Biblical beliefs that the Restoration Movement was founded upon. Some groups that I have seen supported by our churches believe in neo-prophecy, infant baptism, no immersion for salvation, and one did not even believe in the virgin birth. Are we not told to teach the truth in all that we do and say? 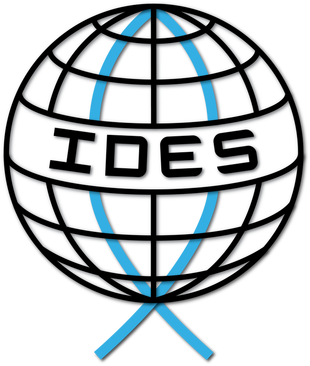 I lift up International Disaster Emergency Services (IDES), Kempton, IN, that does a great job in helping our missionaries on the international fields (not foreign), and stateside, to minister to our brothers and sisters in Christ and others when catastrophes hit. Everything from hurricanes to wars cause people to have need of the basic necessities for life as well as spiritual food. IDES gets the aid to these people through the areas Christian churches and missions. It is sad that I see youth groups and others raising and sending funds to those that do not preach the full truths of the Bible. The IDES Manna Project teaches about hunger and our need to help. Let's start getting more for our mission dollars by including the full message of the Gospel along with the needed physical supplies.

I get excited when I see churches getting behind their young people and encouraging them to visit the mission fields and even making decisions to serve Christ on a mission field. BUT I get frustrated when I see them join up with a mission that does not teach the whole truth of the Word and then the local Christian church supports them because they are from their church. Where are we going wrong? Don't we practice what we believe? Don't we teach the young people the whole truth and encourage them to follow it? Are we letting down their families by not encouraging them to get involved with our missions? We have as great a need for new missionaries as any religious group! What bothers me most is that the Word is being compromised and then being supported by people that SHOULD know better. Those same mission dollars should be supporting the full truths of the Scripture. We need to teach and encourage our people, young and old alike, that we are to be good stewards of our money not only at the store but also as we give to the Mission of the Church.

I get excited in seeing people stateside growing in their love of the Lord and stepping out to serve locally in benevolent ministries. In having meals on wheels, volunteering in food pantries and clothes closets, tutoring and mentoring programs, fostering for Christian children's ministries we show others we love like Christ loved. Often our smaller churches get frustrated because they can only do a little when it comes to working with numbers of people this way. But they can and do stretch out by helping children's ministries, state and area evangelistic associations, urban ministries, camps, Bible colleges, native American and international missions with their prayer and monies.

Let's support brotherhood missions! One way to find out about them is to attend one of the greatest annual gatherings of Christians called the National Missionary Convention with its emphasis on evangelism and benevolence. In 2001 it will be held in Tulsa, OK, October 25-28. Having attended several conventions as a member of the church, as a minister and now as a representative of a Christian children's ministries I still get excited about what our brotherhood is doing in the mission fields. Help your church leaders, mission folks, and young people get to this convention. It will give them a different perspective on missions.